When Darcie was about 5 months, she learned how to sit up on her own. She must have been aware that this was a little above average because she was very, very proud of herself 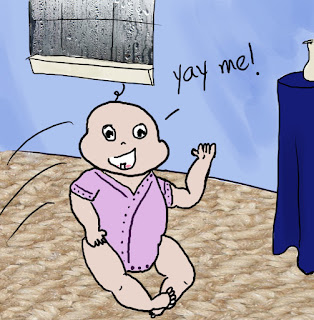 She was so thrilled with this new skill that she sat up any time you laid her on the ground. 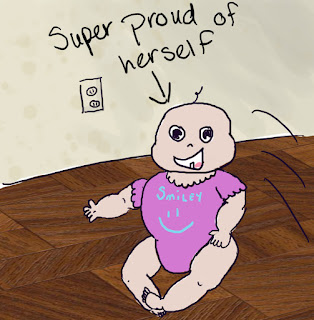 No one realized the potential evils of such a skill. We all praised Darcie and cheered her on. When it was time for bed, she wouldn't even stay down to sleep, she was too excited about being able to sit up. 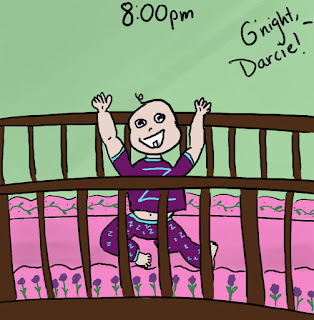 Of course, that night, we became aware of a problem. Though Darcie had learned to sit herself up, she had not learned to lay herself back down. She didn't cry though, she just did this... 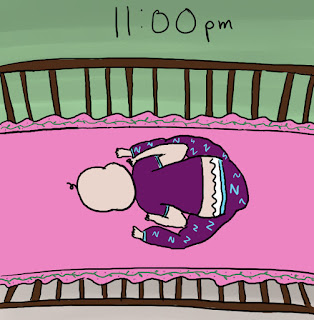 Yep. Darcie just let gravity do its business and went to sleep face down, completely folded in half. After we overcame our horror (and I'll admit, we giggled a few times) we repositioned her so that she could be more comfortable. Unfortunately there was no stopping Darcie. She continued to do this night after night until eventually that became her favorite sleeping position, even after she finally learned to lay back down. God really knew what he was doing when he made babies flexible :D
Posted by Nia Greene at 3:27 PM