When Ben and I were newlyweds...well, no, let me clarify. We've only been married four (and a half) years at this point so I think we'd still qualify for The Newlyweds Game show. When Ben and I had only been married a year or so we lived in a small-ish apartment in Annapolis. Often times we would take our showers together. I'm sure that sounds scandalous to some but really it was just that when we were home together we didn't (usually) want to spend any of our time physically away from the other person, even if we had to work on separate tasks. Even when we weren't actually showering together, if one of us was showering, the other person would usually find something to do in the bathroom so that we could still spend time together.

In this particular instance Ben was showering and I was doing some inane activity like tweezing my eyebrows or painting my toenails. We were teasing each other and flirting. Ben would send sprays of water over the curtain to get me wet. I would sneak a hand in and grab his ankle while his eyes were closed. Then, I don't remember the exact words, but one of us made an insult at the other and it was returned in kind. I decided to take the opportunity to punch in the shower curtain (which was opaque black by the way, neither of us could even remotely see the other) to startle Ben, or at the very least, spray him with the cold water droplets that collect on the shower curtain. Unbeknownst to me, Ben had decided to punch out the shower curtain at the exact same time! More than that, somehow, in the ten square feet of shower curtain that either of us could have punched, we both punched in the exact same spot!

So there we were, laughing our heads off, both of us with sore knuckles. What were the odds? We still think about that moment and chuckle. We still take all our showers together too. :)
Posted by Nia Greene at 5:21 PM 2 comments:

One of the best parts of having a pre-schooler is how exciting they think it is to learn the most mundane things. For instance: the other day, I decided to teach Liam the different kinds of shoes he likes to wear. 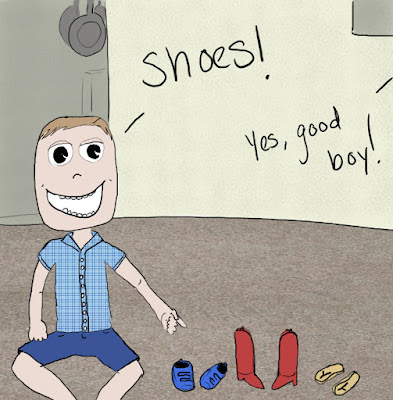 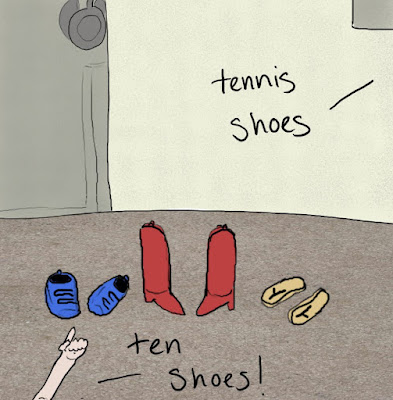 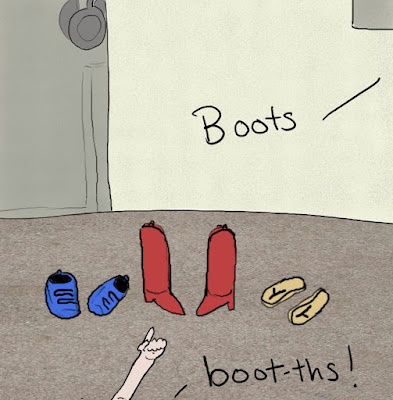 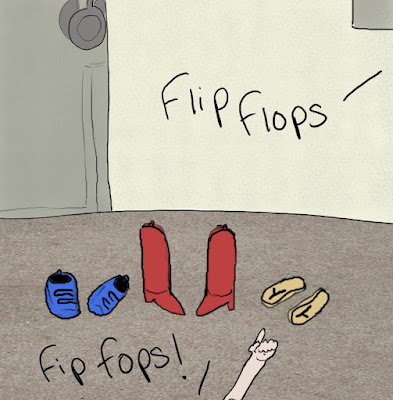 Things went really well! We practiced and practiced and Liam got even better at pronouncing them correctly. I was so excited for Ben to get home so we could show off what Liam had learned. 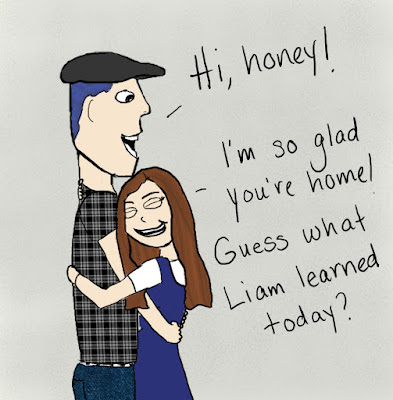 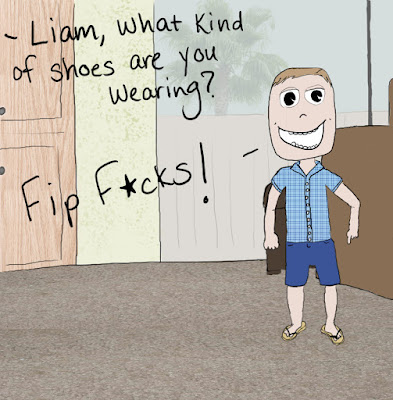 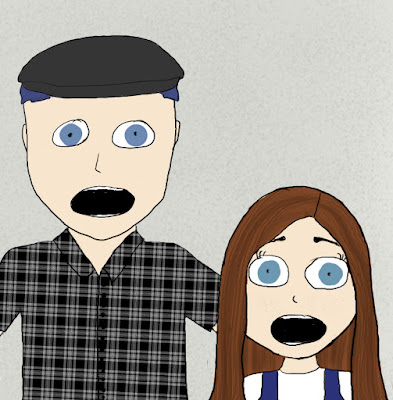 So yeah. Somehow our carefully practiced articulation went out the window as soon as daddy came home. And you know how kids are once they learn something new... 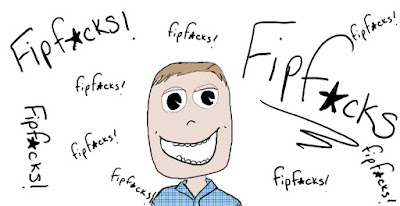